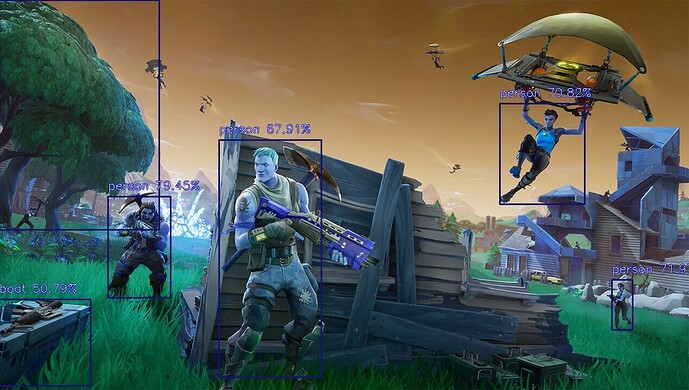 The Metaverse will have a great amount of AIs, currently AIs will need metadata from the world to detect objects around them, although using a closed-source metaverse might be hard to add metadata if it doesn’t include for your agent, making the agent unable to look around. The Virtual Object Detector can help with this, it doesn’t need to be mount in anything, it accepts any type of images, detects objects inside and their position on the screen if needed, while the suggested use right now is in the Computer, it can also be used in the real world with real-time video recordings.

Virtual Object Detector is an AI (agent) assistant for Virtual (but can be used for physical AIs too) detect objects in real time.

It is using python and ImageAI, there is the option to train the AI with custom targeted images, or use some ready models.

It is using screenshots or images and the tools to capture these images, also it can detect the current point of the images in the screen from a screenshot, capture images from the web using puppeteer.

The trainer works simply just by making folders with the name of the target and just images inside, no need for CSV or hardcoded data.

Can be used in games for analytics in tournaments

Current state is a little simple, just has the object detector and some maths utils
Some Tests: https://imgur.com/a/0vgiGgJ

Thank’s for your reply, glad you liked the idea!